You have said in the past that we should throw out all spiritual books, including yours. Every few months, however, I get an alarm in my head that says I should go back and read your book, Liberation IS, The End of The Spiritual Path, and when I do this, I get new recognitions and doubts are resolved. It seems like the book continues to be helpful?

The main reason we continue having doubts or thinking, “it’s not completely resolved,” is that we have some idea of perfection. The idea sounds something like this, “once I’m fully resolved, I’m never going to feel this, never going to have this or that thought, and I’m never going to have any of the old habits.” Believing that idea is what keeps you endlessly thinking there’s more to resolve and endlessly seeking in spiritual and mundane ways. But then, guess what? Things will appear for the rest of your life.

I'm not perfect. There is no such thing as perfect.

You look at yourself the same way. You think, “I got angry. Ugh! I still have further to go and I’d better get on a holiday.” Do you see? The underlying message is, “Oh, something appeared, I’m obviously not finished because something appeared.” I have to make it clear that enlightenment/freedom is not about perfection. What is perfection anyway? Who’s perfect? No one! There is no such thing! And yet, we still look at our so-called imperfections or vasanas and think, “there’s more to go, I’m not resolved!” This comparison between what appears now and our acquired ideals about who we think we should be, is only thought itself. It is a lie.

I want to be clear, that is NOT what I’m trying to share. What I’ve been saying since the beginning of this work is, “I no longer argue with what is appearing in this mind.” I no longer argue with Sal. Sal is Sal. Sal can only be Sal. This bodymind organism that’s called Sal, is just an appearance, it’s insubstantial and ephemeral. It is just a momentary explosion of form, not separate from the absolute, in the same way a wave is an explosion of ocean. It is not stagnant or containable. It is movement itself and can’t be captured with a tag like “perfection” or “imperfection.”

Recently, I’ve been quoting J. Krishnamurti. He said it better than me. In response to a question about what’s the secret to his enlightenment, he said, “I don’t mind what happens.” Can enlightenment be that simple? If you get that message fully, it’s over.

This means I don’t mind what happens in this mind. Why? Because I am not the doer, I am not the creator. I never create anything that appears in the mind. Anything that appears has nothing to do with me, at all. So, why would I argue with it? The end of arguing means the end of the one who argues, the end of you, the self. And that so-called self, is not even a self; it is simply a programmed thought, impressed in the mind from an external source - a book, a teaching, an experience, an authority figure, etc. It is not you, it is only thought. When this is clearly known, that thought, that arguing, stops.

Believing thoughts like, “Oh my God, the mind said something! I’m so unenlightened!” is completely missing the point. When you say something like, “I’m not there yet,” or “I’m not fully resolved,” you’re mistaking who you are. You’re saying, “I am the mind. I am these thoughts.” But the truth is, you are not that. You are 100% resolved, completely finished, now!  Be who you are!

If that thought comes up in my mind, which sometimes it does, I can have a holiday and not go down that path?

Yes, don’t mind that thought, don’t argue with it. It doesn’t mean anything. The thought comes in that says, “I’m not resolved,” and it means nothing. It has nothing to do with you at all. What happens is, you start thinking that it’s true, then all of a sudden you’re believing you’re that, you’re the mind. I don’t mind what happens. My mind doesn’t come up with the thought, “I’m not finished yet.” That’s been over for years, but if it comes up for you, it’s okay. It’s just a thought, it’s not true, ignore! Again, know who you are. Be who you are. Don’t mistake what happens in the mind as being you.

So, “I don’t mind” is just the result of this work.

Exactly. It’s the result, it’s not a practice. Nothing we do here is a practice, it’s always the result of recognizing what’s true. “Know what’s true and truth shall set you free.” Know what’s true, who you are, and then you don’t mind what happens in your mind, you no longer argue with it, or think you are unresolved.

It’s amazing, isn’t it? This recognition is very profound. It’s, “Oh, thank God! I don’t have to keep judging everything that appears in the mind. I don’t have to believe or attend to it at all. It comes and goes, I am free. Nothing is wrong!” This bodymind organism is a wave in the ocean. The wave is not perfect, the wave’s got bubbles, spray, movement, and different colors. It’s not perfect. What is perfect anyway?

The resolution you are speaking of is simply the end of arguing with what appears in this mind because you know that it is not you. Be who you are. This is freedom. 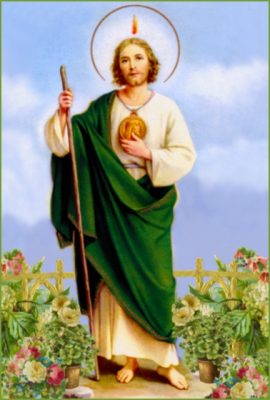